It's time Hollywood kissed Google's ass
Isn't it about time Hollywood got on its knees, puckered up and gave Google a big slobbery one right on its cinnamon knot?
For all the constant bitching we hear from production companies and studios about piracy, no other company is doing as much to protect copyrights as Google. Companies like Viacom constantly mine the Internet for viral videos they can use for cheap content, while simultaneously filing billion dollar lawsuits.1 When people post their content on YouTube, they file takedown requests and shut down YouTube channels. But when they do it for millions of dollars, it's okay: 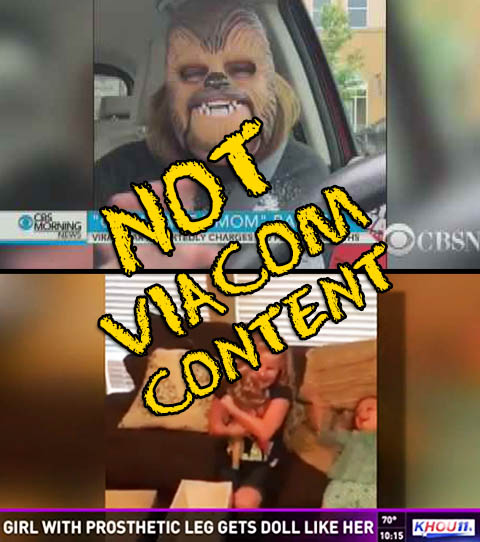 Here's some Internet content that CBS, a Viacom subsidiary, has no problem profiting from2

What's ironic is that Hollywood has its head so far up its glittery, self-congratulatory asshole that it doesn't even realize that YouTube is the only company still keeping their archaic business model alive. If YouTube ever went away, what would come next might be way less accommodating to US copyright holders:
A couple years ago during a live broadcast on a local news program on Denver's KDVR, the news crew accidentally aired a picture of a penis while live on the air: 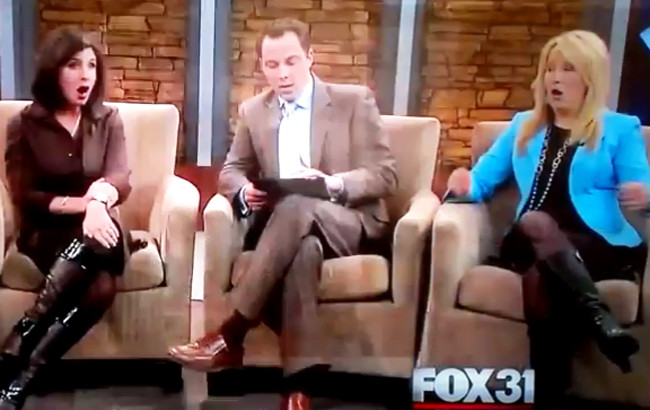 In case you were wondering, this is what the KDVR news crew looks like right after seeing a penis

The clip sounded hilarious so I immediately went to YouTube to look for it, but every time someone uploaded the video, it was immediately taken down due to a copyright claim or strike against the channel. So I looked around for it elsewhere and found it on Uproxx, which embedded it from a YouTube competitor, LiveLeak.3 The original post was published 2 years ago and the file is still there because it exists outside of the system of protections that YouTube has created for copyright holders. The fact that this is fair use is beside the point. Here's a hypothetical: put yourself in the shoes of a copyright holder. Let's say you were KDVR and you wanted this clip scrubbed from the Internet. If hundreds of websites like Uproxx or sites like my own hosted this content, it would quickly become cost-prohibitive to issue hundreds of takedown requests (each website would have a different point of contact, different request form and different standards to gauge fair use). And that's assuming it's even possible to find all of these rogue websites in the first place, because it's trivial to tell Google not to index certain pages on your website. Without a site like YouTube: the video market would be fragmented and thousands of smaller sites would take its place. Or worse, a competitor in a nation that doesn't give a shit about US copyright laws. YouTube is Hollywood's biggest ally. It's time for Hollywood to loosen the reins because content creators everywhere are starting to get pissed off with these excessive and superfluous takedown requests. For example, I made a video called "I liked it better when it was called Army of Darkness," where I compared the movie "Army of Darkness" to "Oz: The Great and Powerful." The video was clearly fair use, but I received 4 copyright claims from Universal Pictures. Each time I appealed it, I won my appeal, but they claimed it over and over. This is textbook fair use, and Universal was clearly abusing the DMCA system with impunity:
Everything on TV sucks anyway. I haven't had cable or satellite in years. All I watch is myself 24/7 because I'm the best. I never get tired of myself. I love me and everything I do. And speaking of, now you have a chance to make history by helping me make more of it: Patreon Sources:
Tweet 273,960 independent new websites are created every time a false DMCA takedown request is made.
Available now!
Join the mailing list here PS: Fuck Whales
Back to how much I rule... • New Book • Store • Email • Patreon •