I removed the camera from the photographer's hands who removed smartphones from our hands to show how strange and empty his photographs would be without a camera.

I was feeling masochistic with a heavy dose of ennui the other day, which is how 100% of people feel 100% of the time. So I did what all bored people do when they have a pocket-sized supercomputer with access to all of humanity's knowledge: I browsed Facebook. Except little did I know that today I was in for a treat. I saw an article published on GQ titled, "Photographer removes our smartphones to show our strange and lonely new world.1" 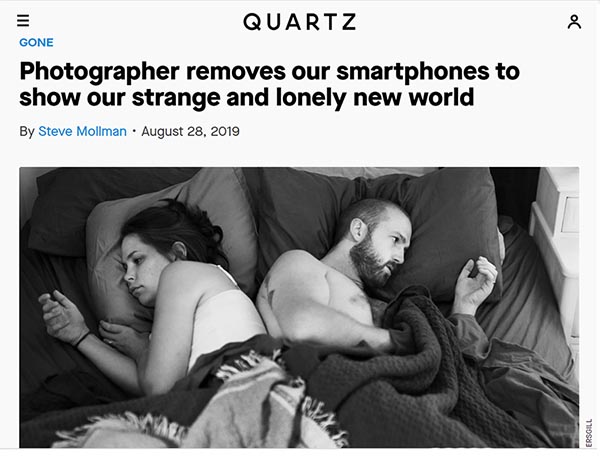 Boy are we dumb stupid idiots! Wake up, society!

Wow, I didn't even have to click on the link to know what the photographer was saying: we're all addicted to our phones! We're becoming less connected, not more! We need to wake up and realize that we're not even talking to each other anymore. When was the last time you looked up from your cell phone to look at your parents drinking coffee, you dumb stupid piece of shit? 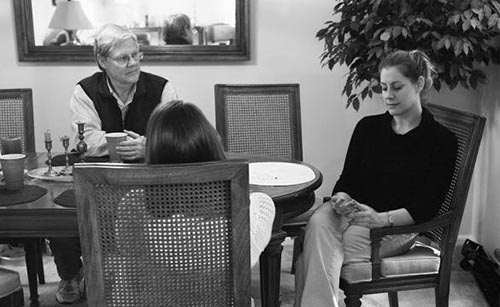 "Wow, get a load of this bitch! Am I drinking decaf or regular? Do you even care? Of course not; you're too busy on Snapshit or Tic-Tac. What ever happened to the good old days when people watched TV?"2

What better way to illustrate this point than by removing cell phones from our hands, and then taking pictures of us holding nothing to drive the point home. Ha ha, man do we look like stupid morons when we're staring down at nothing. The emperor has no clothes or something! Take that, technological advancements from the last 30 years! Well why stop at cell phones as the arbitrary technological line to draw in the sand? Why don't we extend that to other forms of applied science and innovation, like cameras? I decided to do something equally profound and removed the camera from the photographer's hands who made the original series. This is photographer Eric Pickersgill, before and after his camera was removed:

Wow, what a strange and lonely new world we're in without cameras!

Just imagine if every time someone was going to take a picture, they took nothing instead! Pretty weird huh? And now imagine how crazy everyone would appear if they were holding nothing instead of something! This should serve as a wake-up call to everyone glued to their cameras. Nevermind that most people use their cell phones as cameras, and that the photographer's own website is mobile-optimized, or that it's possible to use a cell phone without being addicted to it. These devices need to be admonished because... well because we use them a lot! I took a few of Pickersgill's original photos and removed the camera, showing what the photo would look like without it: 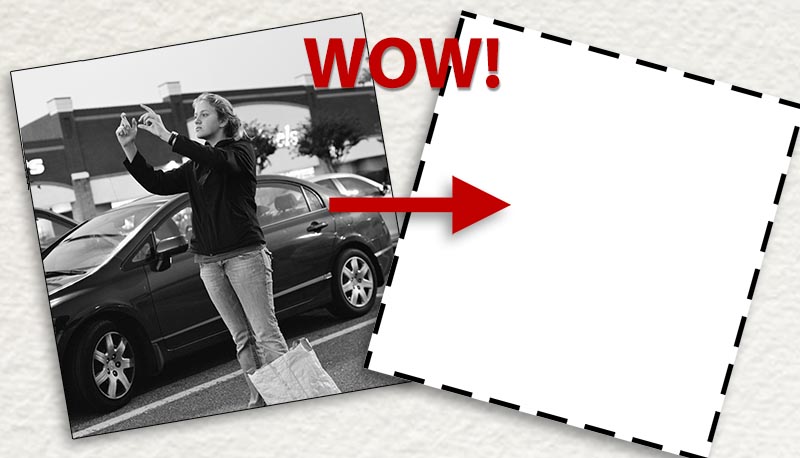 Wow, the world sure looks "strange and lonely" without photographs!

For this next picture, I took the photographer's original photo, and then reimagined it without a camera. Wow. I'm profound and this is an important statement. We are all addicted to our cameras. When will we wake up? Probably too late, that's when! Come to my Ted talk. 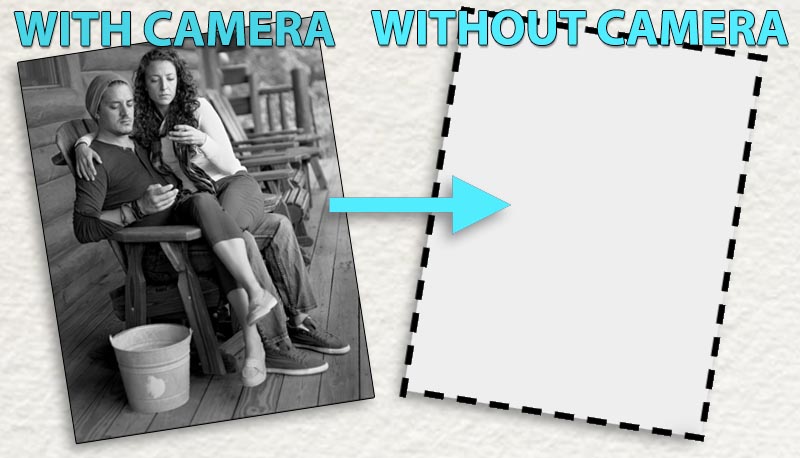 NOTE: the picture on the left is the ORIGINAL, and the one on the right was taken WITHOUT A CAMERA.

But why stop at removing cell phones from people's hands? I'm a smart and original social commentator, so I thought, "why not billboards?" That's why I deserve to have a Ted talk. Think we're living in a "strange and lonely new world" without cameras in our hands? Look how strange and lonely the world is without cell phones. Bet you feel dumb now, you stupid bitch.

This is a statement about consumerism or something. It's time to #wakuep

Hey, speaking of technology I've decided to arbitrarily impugn, why stop at cell phones and cameras? What about timekeeping devices such as wrist watches? I bet we'd all look like apes staring at nothing instead of something. I am a genius, so I decided to go one step further and make a truly brave statement:

Ha ha! Wow, not so smart now are you, you dumb stupid bitch?

So start thinking about how stupid you'd look pretending to use technology when you're not. Something about how cell phones are in everyone's pocket and we need to ake up and stop being a slave to technology!! In conclusion, eat shit. We need to stop progressing, and go back to simpler times when people watched TV, read newspapers and other things that were functionally equivalent to ignoring one another.
Sources:
Share
Tweet

231,860 people didn't realize how addicted they were to cellular technology until I bravely came along and opened their eyes. #waekup society!